Koh Samui is Thailands third largest island and lies approximately 22 km from the mainland in the Gulf of Thailand, the island is 21 km long by 25 km wide.  Koh Samui was first discovered by backpackers in the 1970’s and much of the island is still covered by lush tropical rainforest and coconut plantations.  It is part of the Ang Thong (Golden Bowl) Marine National Park which encompasses 80 mostly uninhabited islands.  Recent developments, including luxury resorts, health spas, four international hospitals, an international airport, banks, restaurants and golf courses, have made Koh Samui the destination of choice for more than 1 million tourists each year.

Koh Samui has a population of about fifty-five thousand (source: Samui Mayor’s Office) and is based primarily on a successful tourist industry, as well as exports of coconut and rubber.  Koh Samui even has its own international airport, Samui International Airport (USM), with flights daily to Bangkok and other major airports in Southeast Asia such as Hong Kong, Singapore, and China.  While the island presents an unspoilt image to the public perception, economic growth has brought not only prosperity, but changes to the island’s environment and culture.

Despite the development, Samui still maintains the feel of a tropical beach destination with an incredible variety of tranquil beaches, and bays around the island. 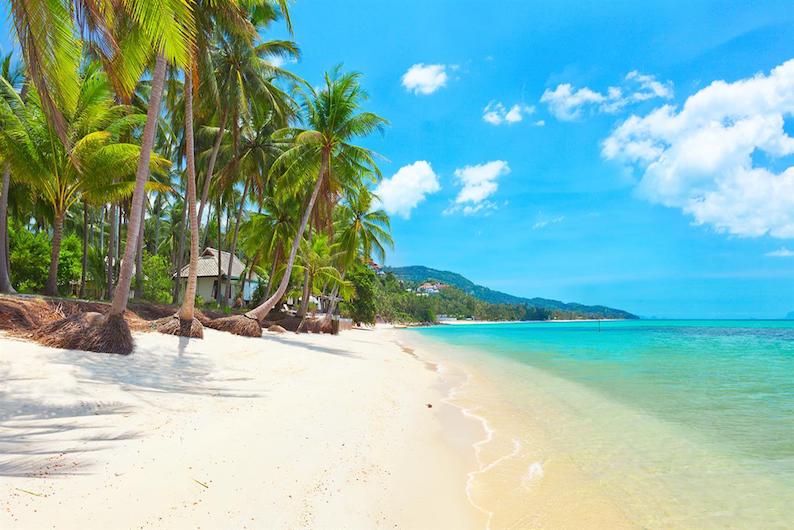